Jon has been working nights lately so that means I’ve been on my own for dinner a lot this week. Since I wanted to make sure I was eating healthy I took advantage of being on my own and decided to flex my culinary “skills”.

First on my list were Pumpkin Banana Pecan Muffins. We had two very ripe bananas to use up and with all the pumpkin talk lately I was eager to make my first pumpkin dish of the season! I followed this recipe that I found via foodgawker (love that site!). The only change I made to the recipe was that I added pecans. 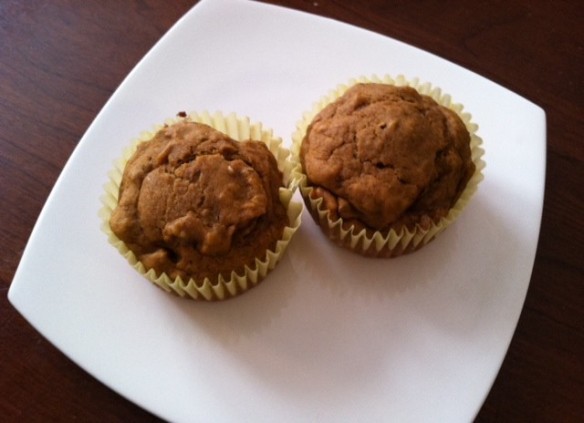 These were just “okay”. I feel like they needed a heavier hand in the spice department. But they were still a great addition to our morning meals and were easy for Jon to grab on his way out the door.

My first dinner of the week was Southwestern Quinoa Casserole. Also found via foodgawker. This was delicious! Tasted just like enchiladas 🙂 I love how easy casseroles are…just throw a bunch of stuff together, throw it in the oven and voila! Tastiness! Will definitely repeat this one. The only change I made was that I used rotisserie chicken to make the process even easier and faster.

My second dinner of the week was “The World’s Best Chicken” that I found via Pinterest. I wouldn’t exactly call it “the world’s best”, but it was pretty darn good. And easy! I call it Maple Mustard Chicken. I used 2 lbs of chicken and doubled the sauce recipe so I’d have leftovers. 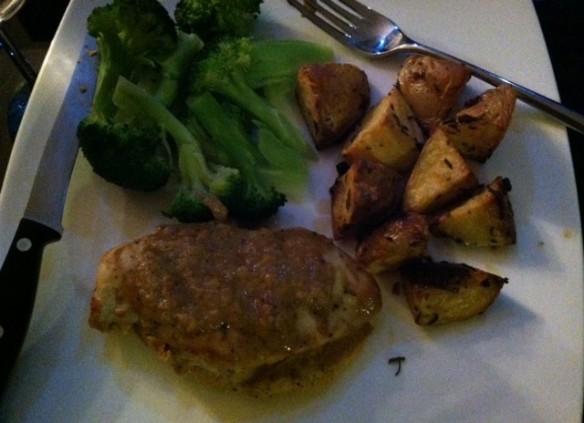 Served with steamed broccoli and roasted rosemary garlic potatoes. Everything came out perfectly…I was so proud of myself 🙂

So glad that my meals this week all came out great…makes me excited to cook more! And the more I’m in the kitchen, the more I’m getting used to timing everything right, which was a major problem for me in the beginning.

What are some recent favorite meals that you’ve made?