There were so many Halloween festivities this weekend I feel like Halloween has already passed. It’s such a fun holiday, though I’m glad the fun is continuing!

Today at work we’re having a potluck. 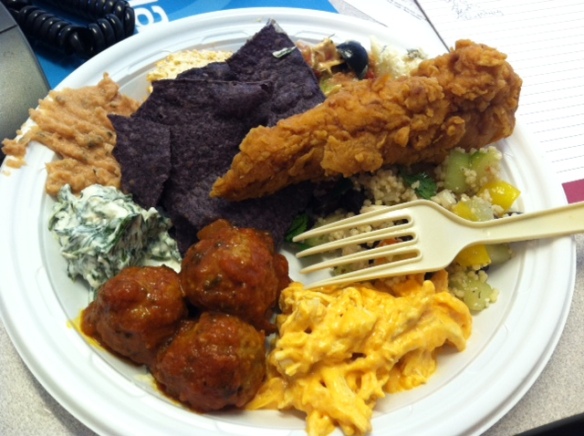 There seemed to be a chips and dip theme 🙂

I made a Rosemary Tomato White Bean Dip. Pretty tasty and very easy to make. As I always say, I love recipes where you just through a bunch of things together and mix 🙂 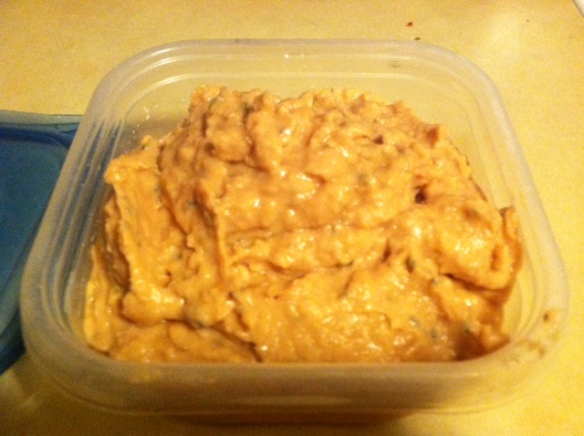 Back up to this weekend. Saturday my friend Lora and I knew we wanted to dress up and do something…we just didn’t know what! We ended up getting dinner (in costume) at Red Mesa Cantina. Then meeting up with other friends at Mandarin Hide. We ended the night at Emporia (the old Independent for you locals). We sat outside and I couldn’t stop myself from people watching. So many costumes! 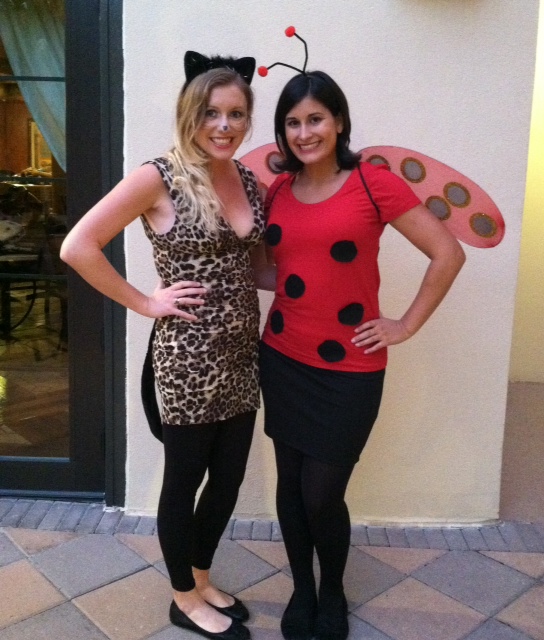 I was a ladybug 🙂

Does anyone else feel like they think of awesome costume ideas throughout the year, then when Halloween finally rolls around you can’t think of ANYTHING? I need to start writing them down!

I was one of those last-minute-costume people. I actually drew inspiration from Maddie, who I already knew I wanted to dress up as a bumblebee. I thought maybe I’d be a bumblebee along with her so I started looking up costumes. Remembering that most women costumes are not so tasteful, I started thinking of ways I could put one together myself. Then I thought a ladybug would be better since red is more my color 🙂

All in all I’m proud to say my costume only cost me around $20.

Wings and antenna headband – Goodwill, $7 (came as a set)

Tights and shoes – My own

I debated on a black tutu instead of a skirt, but glad I chose a skirt. I was so comfy all night!

The shirt was super simple. I just free-handed cutting out circles, placed them on the shirt, then glued them down. Done in about 5-10 minutes. 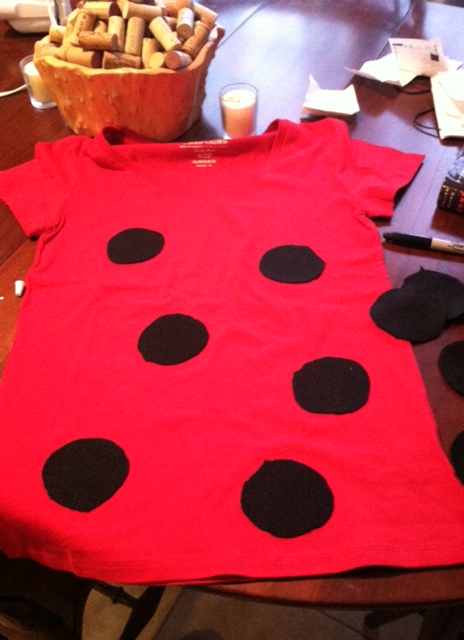 On Sunday, my friend Ashley and I went to a local Halloween event for dogs on St. Pete Beach. So cute to see all the doggies dressed up.

Maddie and Halle in their bumblebee outfits. 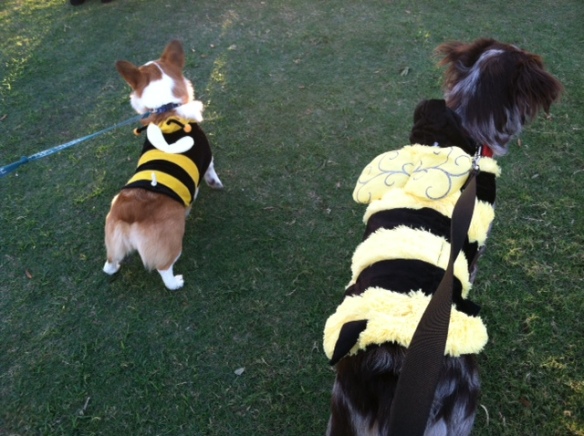 Nothing planned for tonight except Iowa Girl Eat’s Apple Almond Quinoa with Maple Sausage (YUM) and hopefully some scary movies on TV.

I’m also looking forward to voting! I have only voted once since I turned 18 (a fact I’m not proud of) and it was through an absentee ballot during school. So I’m excited to actually be going to a poll and doing the real live thing.

What are your Halloween plans and what (or who) are you dressed up as?

I’ve always liked Halloween. I mean, who doesn’t love dressing up, eating candy and watching their favorite horror movies? However, the past few years Halloween has seemed to loose it’s luster. Going to a party is fun and you get to laugh and ooh and ahh at people’s costumes…but at the end of the night it’s just another party. Maybe I’m just being a party pooper?

Either way this year The Chef and I decided to forgo Halloween festivities. We’ve been doing so much work lately to prep my mom’s condo for her move in a week that we’ve been pretty pooped by nightfall. So this weekend we opted to stay in, nosh on some fun size candy and watch some scary movies. The Shining was on TV on Saturday…what a great movie. It never gets old, but I’m sorry that Shelley Duval kind of gets on my nerves. 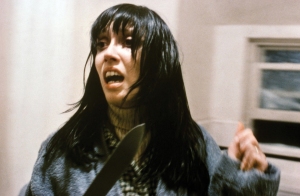 Last night we watched The Dead Zone with Christopher Walken. Honestly, if he wasn’t in the movies, I think it would have sucked. It wasn’t a scary movie, but definitely very Stephan King. Kind of blah, but a good story line.

We had a Halloween potluck at work. I used to love potlucks at work, but now they’re not as exciting. Maybe because of so much turnover?

I tried to keep healthy, but I can’t help trying a little bit of everything. Also, there wasn’t much healthy stuff to choose from 😦 Ended up with a BBQ pulled pork slider, a few meatballs, orange mashed potatoes, macaroni salad, orzo salad, salad and a few pieces of cheese.

I was also disapointed that more people didn’t try to put a Halloween spin on their dishes. The only Halloweenish dish was the “orange” mashed potatoes.

I had a cookie later on as well 🙂 And someone bought apple cider! I had been craving cider since I hadn’t had it in forever. The cider and doughnuts were fall perfection.

The Chef is working tonight so I was left to my own devices. I had to run around picking up a few donations for an upcoming fundraiser and putting up fliers. So I needed a no fuss meal. Publix was having great sales on everything this week so I decided to just stop by there and figure dinner out in the store. I knew I had some Morningstar Farm crumbles that needed to get used up, as well as frozen peas. And we had pasta in the pantry. So all I really bought for dinner was tomato sauce.

New to me Barilla sauce.

I mixed in the crumbles and peas first. Then added the sauce. Last was some garlic and some squirts of siracha to add a bit of a kick 🙂

It was good! The crumbles were a bit tough…think they had been in the freezer too long. But I really liked the sauce. It had a lot of flavor by itself and was nice and thick. And not too salty…sometimes we have trouble with bottled sauce being too sodium-rific.

Accompanied by some yummy Sauvignon Blanc. 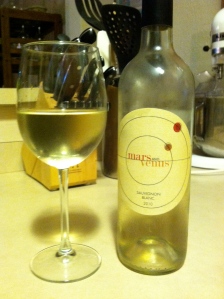 This was really good! Received this as a thank you gift for watching a friend’s pups.

Needless, to say it’s a quiet night here…just me and the Real Housewives of Beverly Hills 🙂

Conversation Starter: How did you celebrate Halloween?