Did everyone survive the short week? I love 4 day work weeks, but man I lose track of what day it is multiple times.

Last year I went to Fashion’s Night Out at International Plaza in Tampa with some girlfriends and it was a blast. It’s basically a time for you to walk around to different stores and check out the new fall fashions. Most stores have special sales and promotions going on, free gifts or even cocktails. There’s also fun stuff going on around the mall such as a fashion show, red carpet photos, DJs, etc. It was a fun girls night out last year so when I saw it was coming up again this year I immediately messaged the same girls to see if they wanted to re-live the fun. Unfortunately, some couldn’t make it, but we still had a fun evening.

My only complaint is that there isn’t enough time to visit all the stores you want. Plus we all wanted to stop in other places as well and browse (hey, we’re at a mall aren’t we?) 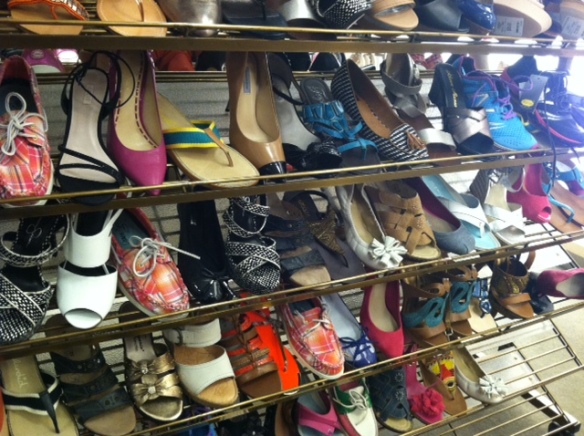 (Nordstrom has the best shoe selection!)

I’ve become very cautious over the years about spending money and have noticed it’s really hard for me to buy things that I don’t necessarily need. But I guess that’s a good thing right? The only thing I ended up with was some new concealer from Sephora. I do want to go back and visit H&M because there were some cute dresses!

We mostly just walked around to different stores to see what sales and promotions they had going on. We missed the Dillard’s fashion show 😦 And there were some other fun things going on like getting your photo taken with a Katy Perry look-a-like and red carpet photos with a fancy car.

Before we knew it it was almost 9 p.m. and dinner was needed. We ended up at Brio, which I’ve never been to. It was very nice inside with a comfortable atmosphere.

I had a refreshing glass of Presseco. 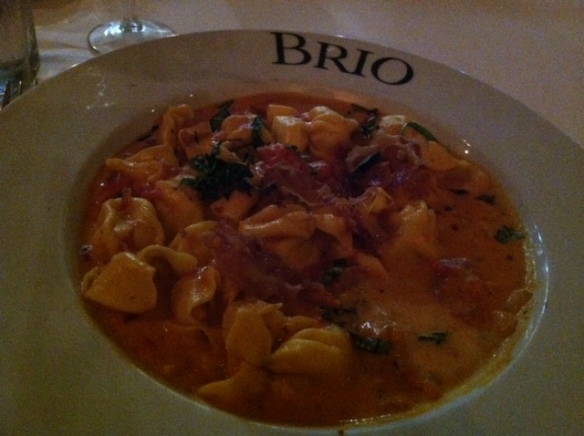 And for an entrée I ordered the Pasta Alla Vodka, which was delicious. The pasta was similar to tortellini and the sauce was very flavorful and not too thick. The pancetta on top rounded out the dish. The price point isn’t too bad here either for a nice dinner out.

After dinner it was back to St. Pete. I. was. pooped.

Did you go to a Fashion’s Night Out event where you live?